A fun night of drinking or partying can quickly turn awry if you get pulled over for driving while under the influence. Not only is it embarrassing, but dangerous, and the results of this crime will linger for the rest of your life. Lessened job opportunities, public ostracization, high fines, a suspended license, and potential jail time are often what many people face as such consequences. For DUI bail bonds help in Avon and Indianapolis, IN, call Indiana Bail Bonds at 317-423-9300 today. 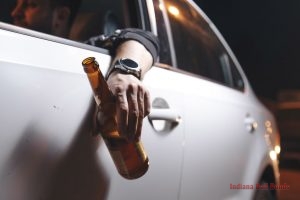 Even If The Car Is Not In Motion, You Can Still Be Arrested If You Are Behind the Wheel Intoxicated

Everyone always seems to get the legal terminology and consequences of DWIs and DUIs mixed up. And it is easy to see why. Each state in America regulates and determines their own judicial system. For example, in some states, battery is considered a misdemeanor assault. In other states, battery is not even an option and someone is automatically charged with 3rd degree aggravated assault. The definitions of DWI and DUI also vary from state to state, though the majority agree that arrests will happen if blood alcohol content (BAC) is over 0.08.

DWI stands for “driving while intoxicated” and DUI is an acronym for “driving under the influence.” While most people correlate DUIs with drunken driving, you are more likely to get charged with a DWI for driving while inebriated. DUIs are a broader terminology that can also encompass being under the influence of illegal drugs or any other controlled substances. So, which is worse DUI or DWI? If you live in a jurisdiction that classifies the two separately, DUI is the lesser charge.

Consequences of a DUI

What is the Punishment for First Time DUI?

You may be wondering ‘will I go to jail for my first DUI?’ or ‘do I need a lawyer for first DUI?’ Generally, first DUI charges are considered misdemeanor offenses and only result in hefty fines and probation. In some states that only have DUIs, if you test higher than 0.08 BAC, you could be arrested. If that happens, you will need to call for DUI bail bonds. If you are in a state that has both DWIs and DUIs, the percentage of your BAC determines your charge and whether or not you will go to jail. For instance, in Texas if you have a BAC of 0.05-0.08, you will be charged with driving under the influence, which is misdemeanor. If you have 0.08 or higher, you will be charged with a criminal offense and be arrested for a DWI.

Can DUI charges be dropped? If they are a misdemeanor, then usually yes. More serious felonies often will not. If you have been arrested at a “sobriety stop”, there is a slim chance that you might be able to file an appeal under the notion that there are DUI checkpoints that are legal and not in certain states due to unlawful search and seizure from the 4th amendment.

How Long Does DWI Stay on Your Record?

If you end up getting charged with a criminal offense, then you will need a lawyer. People often ask ‘can DUI charges be dropped?’ After 10 years, the charge will be removed from your driving record, but stays on your permanent record forever. That means that potential employers can always see this, but since DUIs are a lesser charge than a DWI, it is more acceptable. If DWI is the more serious offense, that means that it surely stays on someone’s record longer than the minimum 10 years that a DUI stays on someone’s driving record. All DWIs but will count as Class B misdemeanors to felony charges, meaning that a minimum of 72 hours behind bars is required. Depending on the outcome of the case, there are loopholes called expunction that defendants may be eligible to apply for to erase the DWI from their record. Certain criteria like being pardoned or found not guilty must be proven.

Do You Need DUI Help?

Do be aware that you can get DUIs without driving! Even if the car is not turned on, but you are behind the wheel and inebriated, you can be charged with a DUI that goes on your record forever! The safest thing to do is always plan ahead. If you know you are going to be drinking, have a designated driver or plan to take a ride home. Don’t drive yourself to the drinking location in the first place as it makes you feel obligated to drive home inebriated in order to avoid towing fines. In fact, the consequences are much more severe and costly if you end up getting a DUI and will last a lifetime. For DUI bail bonds help in Avon and Indianapolis, IN, contact Indiana Bail Bonds at 317-423-9300 today.