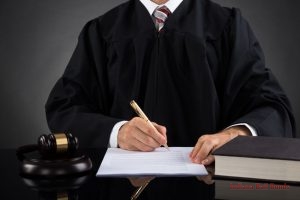 In Criminal Cases, Bail is a Privilege That Can Be Removed at the Discretion of the Case Judge.

Many people believe that paying bail is an inalienable right. Did you know that paying bail is a privilege that can be revoked in certain criminal cases? If this happens, you (or your loved one) could face days in jail prior the schedule court appearance. If you are arrested for a misdemeanor or felony charge, make sure you understand the process of how bail price is decided and why someone may be denied bail.

When Can Courts Deny Bail?

When someone is arrested for a suspected crime, the price of bail is set by a local judge. There are a few factors that come into play, but the two that impact bail price the most are the criminal history of the defendant and the nature of the crime. For instance, the price of a DUI collision case will be much higher than a first-time minor drug possession case. However, there are some circumstances that might cause a judge to deny or revoke bail.

Common reasons a judge may deny bail include:

The first three reasons are pretty straightforward. If a suspect has a history of running from law enforcement (or if they previously escaped from incarceration), a judge will probably deem them a flight risk and will deny bail. If the suspect has been accused of murder or shows a high probability of attacking an alleged victim, bail is often denied automatically.

In some criminal cases, such as a possession or DWI charge, a judge may imposes restrictions or conditions of bail. This may be an order to refrain from alcohol or an order that confines the subject within the state (until trial). If any of these bail conditions are violated and judge may revoke bail and have the suspect remanded into police custody.

One of the best ways to get started on your criminal case is finding an attorney that specializes in your specific criminal case. They’ll help you navigate your case and lower the likelihood of you being denied bail. You can learn more information about the bail process or arrange for your bail bonds through our team at Indiana Bail Bonds. Give us a call at 317-423-9300; we’d be happy to help you with bail needs!